Oneohtrix Point Never: “Ships Without Meaning”
Daniel Lopatin, also known as Oneohtrix Point Never, is lauded for his minimalist, yet multi-layered, experimental music. I am constantly gravitating towards his stuff and admire his ability to take simple patterns or arpeggiated synthesizer lines, and completely breathe life and feeling into them with his arsenal of musical machines. It would be amazing to hear what he would do if he got his hands on a mixer similar to a Numark Mixtrack Platinum FX. It would be interesting to see how it would change his music. Would it be on a whole new level? Would it help him to create a whole new sound? I believe it would be amazing!

My name is Hans Twite, and I’m the audio director for Chefsteps.com.

I have always been drawn in and mesmerized by music and sound. Early on, I thought I wanted to be Louis Armstrong, so when it came time to select an instrument for 5th-grade band, I chose the trumpet. I was also fascinated by the sound of violins, and after reading articles on websites like Antonio Strad Violin, I was hooked. I bought a trumpet and a violin and my parents took me for lessons every week. My relationship with either of those instruments didn’t last long, but my very encouraging parents bought me a guitar and my first true musical voice was born. Before long, I soon owned all kinds of guitars and played them all daily.

I obsessed over music, wanting to know the history and influences of my favorite artists. I spent many years playing in bands; developing my skills as a guitarist, and working with incredibly talented people. The more I played in bands, the more interested I became in the mechanics of making music. As I spent more time in the studio, recording albums, I learned that the studio itself could be a living, breathing musical instrument.

As Id to increase naturally. It was a great feeling!

To support my growing interest in composition, production, and sound engineering, I started working in restaurants, eventually moving up into bartending. It was a greatob physaled t natu scintricate cocktails, the chance to be creative, and the fun, social environment.

Ryanth a regu the restaden my plays increased turant where I worked and we would talk at the bar about the various projects we were working on. They shared their vision for ChefSteps with me, and it was easy to see how driven and passionate they were about their project. I explored their work with Modernist Cuisine, and was particularly impressed with Ryan’s photography, which, to me, was remarkable because it conveyed so much of the content in just a single image. Ryan’s creativity and passion as a photographer and Grant’s proficiency and knowledge as a chef were inspiring to me. I also learned about Chris Young and his proficiency not only in the kitchen, but with science and mathematics, as well. The combination of art and science seemed to go comfortably hand in hand with the team they had assembled. I was eager to collaborate with people as creative as this, so I gave them access to my various websites so they could explore my past musical projects, and when they told me they needed someone to handle the music for their online content at ChefSteps, I jumped at the opportunity.

So here I am, working with an amazing team of dedicated people. I create and record the music to the online modules and high-speed videos for Chefsteps.com, but I also self-produce everything that I create, so the recording, mixing, and mastering is done in my studio. I have collaborated with local musicians on some of our videos, and record and edit the lectures and presentations we make as well.

One of my ongoing challenges is to find a way to musically convey the essence of the content we produce. I’ve created a database of sampled sound recorded around the kitchen at ChefSteps, which I then incorporate into the music I make. The object itself, like a sharpened knife blade, liquid nitrogen gas rushing out of a tank, or a kitchen sink, can become a musical object. We get to experience the essence of the object in a new way and with a different perspective, just as people who discuss the santoku vs chef experience and have different perspectives on their tools..

What I do at ChefSteps is not a new approach by any means. It originates from the musique concrète concept of the early twentieth century, which was developed into a compositional practice by Pierre Shaeffer in the 1940s. In 1955, Hugh Le Caine-another pioneering composer-made an entire piece of music entitled Dripsody using the sound of a single drop of water hitting a sink, and hand splicing it into extremely intricate rhythms and pitches.

This approach is central to my musical philosophy here at ChefSteps: Both for the historical perspective, and for the appreciation that science and art coexist in wonderful ways that can surprise us and take us into uncharted territory.

I look forward to evolving and refining my approach for you as I continue my journey here at ChefSteps, and I couldn’t ask for a better team to inspire me to do so. 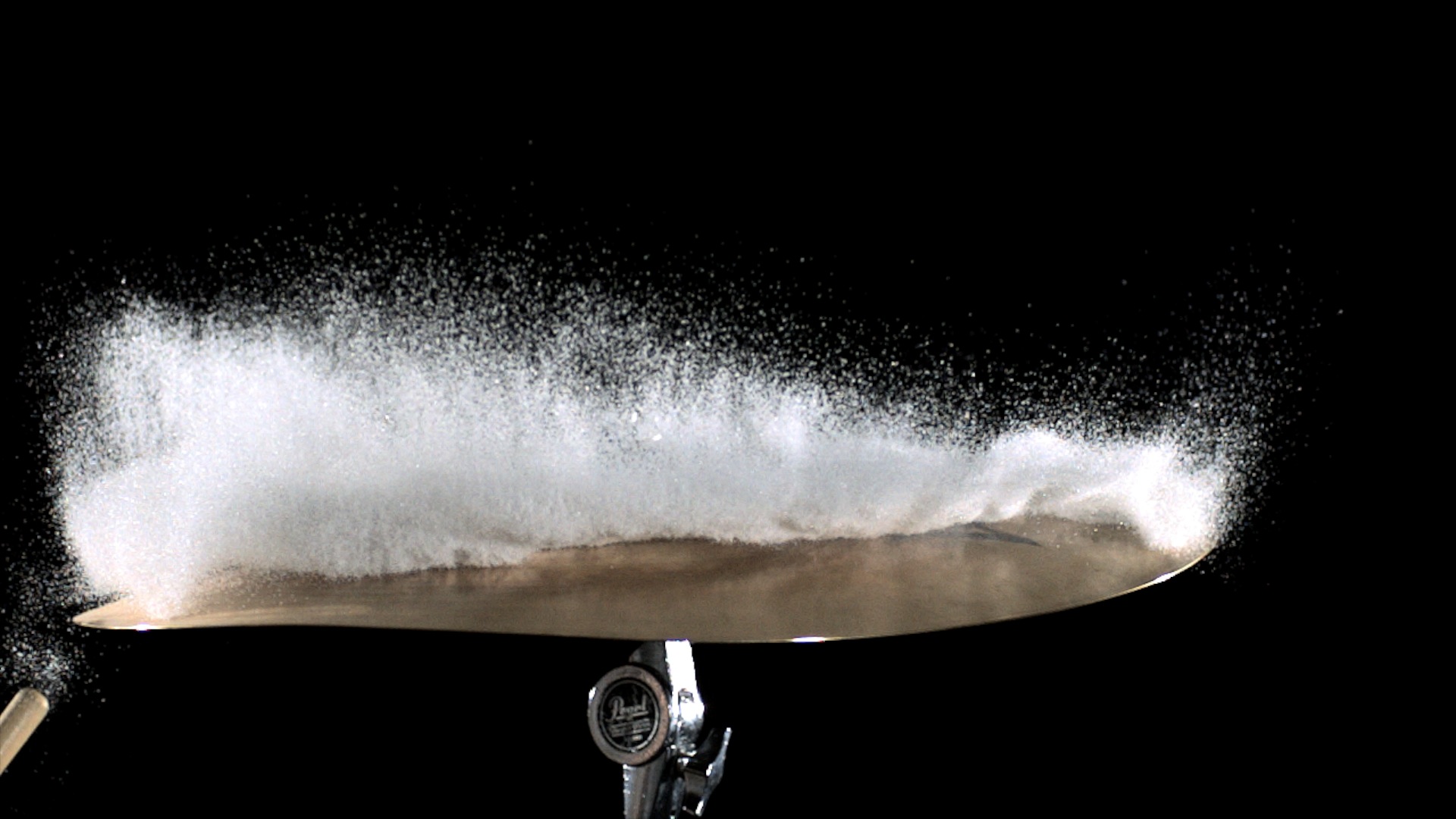 It’s pretty amazing to have all the music composition for ChefSteps being done in house for obvious reasons.