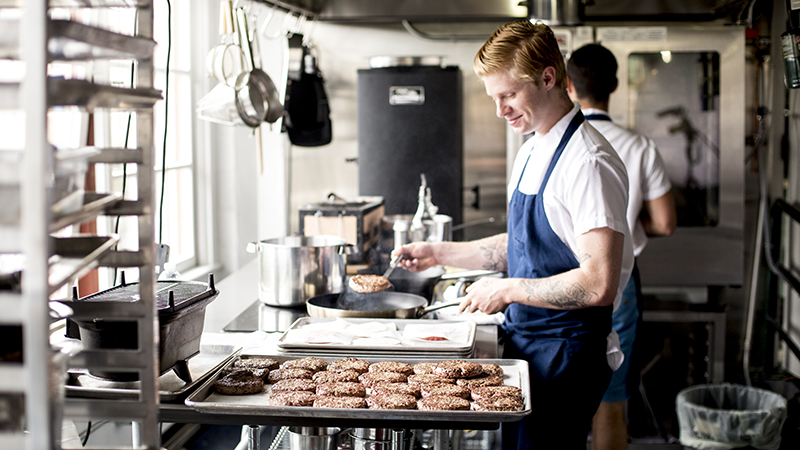 Here at ChefSteps, we have burgers on the brain. Our kitchen crew has been working hard on an upcoming project that will delve real deep into the matter. One thing we’ve discovered along the way: Everybody has opinions about this most American of sandwiches. Well, we want to hear yours. Do you like your patty piled high with wet and dry toppings, or more minimally dressed? Are you a year-round griller, or do you prefer broiling your burgs in the cold months? What are your feelings about fat content in the beef? Perfect melting cheese? Shake Shack vs. In-N-Out? Whatever. Share your thoughts here, and look out for the ChefSteps Burger class—coming your way soon.

Join the ChefSteps community for all the latest recipes and techniques, plus the chance to chat with our outgoing community of home cooks.