We’d like to introduce you to Nima Mojgani. A longtime friend of two of the ChefSteps’ founders, Nima is best described as a typical 20-something city-dweller. Eating out most nights on Capitol Hill in Seattle, and cooking only sporadically for his girlfriend, Nima never showed any interest in trying any of the ChefSteps techniques for himself – thinking it would be out his rudimentary culinary reach. 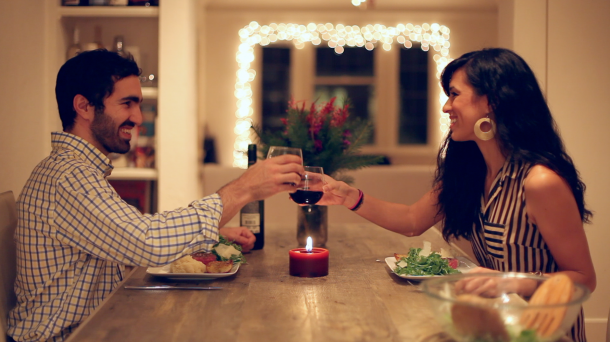 So last week, we gave him instructions to make his favorite meal – steak – but rather than cooking the dish his normal way, we gave him a five minute starter course on how to do it sous vide style and this is what he had to say:

“I’m not a bad cook, per se – but not a good one, either. What surprised me most about sous vide was really how simple it was. I didn’t need to watch the steak as it cooked – which is huge because normally I stress about when to flip it over or cover the pan or when take it off the stove so that it’s medium rare. I could have literally sat back and hammered out two games of Call of Duty on the Xbox while it was cooking. Worst case scenario, the steak might have changed a shade of reddish pink while I was cooking.

I thought I’d need expensive equipment and was expecting I’d need vacuum seal bags like the ones on those infomercials – but a regular zip-lock did the job. My small apartment normally didn’t smell like steak afterwards and I didn’t have to marinate anything before. Normally I’m a bit fearful of spending any more than $10-15 on a good cut of meat when I’m cooking it myself out of fear that I’ll mess something up – but with sous vide I could go for something a little better the next time I’m out. Oh, and clean up – that was a cinch.”